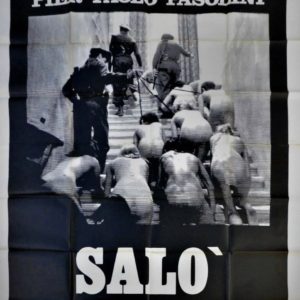 Owen Schalk is a writer from Winnipeg, Manitoba.

The increasing consolidation of the modern entertainment industry by a small clique of multinational streaming giants is the next step in what Max Horkheimer and Theodor Adorno call the “standardization of style” in mass-consumed art. Style is not content, nor is it form. It is above these elements; it shapes and contains them. Style is the personal manipulation of content and form by which an artist encodes their individual vision into their work. In the modern film industry, however, style is standardized with the same technocratic rationality that excuses the gross exploitation of laborers in the name of profit maximization. In the technocratic mindset, style becomes another frontier to conquer, another border to violently force into a profitable homogeneity whose structures can be relied on to generate massive revenues for the industry, while limiting the avenues by which a consumer can discover a new critical consciousness through art.

Netflix and other streaming giants are the apotheosis of the drive for a mass culture governed entirely by the logic of technocratic profit maximization. The film industry has, of course, long been controlled by profit-driven corporations that impose easily digestible story formulae onto their artists: a relatable protagonist, a charming love interest, a typical three-act structure, etc. However, Netflix’s employment of an algorithmic method as its dictator of style is the inevitable reduction of a technocratic system in which all responsibility is faithfully deferred to machinic processes that humans have imbued with infallible omnipotence. Cary Fukunaga, director of the Netflix original series Maniac, admitted as much in a press interview with GQ Magazine. “Because Netflix is a data company,” he said, “they know exactly how their viewers watch things, so they can look at something you’re writing and say, We know based on our data that if you do this, we will lose this many viewers. So it’s a different kind of note-giving. It’s not like, Let’s discuss this and maybe I’m gonna win. The algorithm’s argument is gonna win at the end of the day.” He then added: “It was an amazing exercise.… I have no doubt the algorithm will be right.”