‘India most corrupt country in Asia’ 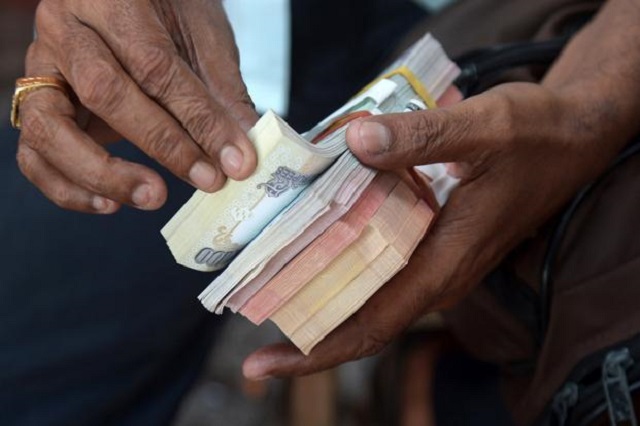 India has emerged as having the highest bribery rate of 39 per cent in the Asian region and the highest rate of people (46 per cent) who used personal connections to access public services, according to a recent survey-report released by Transparency International, a global civil society organisation.

"Nearly 50% of those who paid bribes were asked to, while 32% of those who used personal connections said they would not receive the service otherwise," read the report.

For the survey-report titled ‘Global Corruption Barometer – Asia,’ Transparency International surveyed 20,000 people across 17 Asian countries – largely between June-September this year, seeking their perception of and experiences with corruption in the past 12 months. Six key public services are covered in the report including police, courts, public hospitals, procurement of identity documents and utilities.

"Of the people surveyed in India, who came into contact with the police, 42% had paid bribes. Use of bribes was also rampant (41%) to obtain official documents such as identity papers. Use of personal connections was also largely made in dealings with the police (39%), procurement of identity documents (42%) and in relation to courts (38%)," the report stated.

Bribery in public services continued to plague India. Slow and complicated bureaucratic process, unnecessary red tape and unclear regulatory frameworks force citizens to seek out alternate solutions to access basic services through networks of familiarity and petty corruption, according to the report.

An issue of concern, reflected in the report is that while reporting of corruption is critical to curbing the spread, as many as 63% of those in India, were particularly concerned about retaliation.

In an earlier report, issued by Transparency International, which was released in January at Davos at the World Economic Forum, India was ranked at 80th position among 180 countries in the Corruption Perception Index.

The survey-report finds that three-quarters of respondents across Asia believe that government corruption is a big problem in their country, with nearly one in five people (19%) paying a bribe when accessing public services in the previous year. This is equivalent to about 836 million people.

Second to India with a bribery rate of 39%, was Cambodia at 37%, followed by Indonesia at 30%. The Maldives and Japan maintained the lowest overall bribery rate (2%), followed by South Korea (10%) and Nepal (12%). However, even in these countries, governments could do more to stop bribes for public services, Transparency International states.

India had the highest rate of citizens using personal connections to access a service, at 46%, followed by Indonesia at 36% and China at 32.%. Conversely, in Japan and Cambodia, a small minority of those who accessed public services used their personal connections, only 4% and 6% respectively.

This article originally appeared in The Times of India