Elephants in the Room: US Military and CIA Interventions since World War II 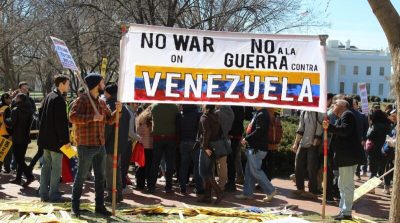 “Since the end of the Second World War the United States has attempted to overthrow more than 50 foreign governments and to crush more than 30 populist- nationalist movements struggling against intolerable regimes. In the process, the US has caused the end of life for several million people, and condemned many millions more to a life of agony and despair” (William Blum(1)).

William Blum was an employee of the US state department who became aware of the scale of US crimes abroad and decided to document them. His book, Rogue State, is one of the best beginner’s guides to understanding what really goes on in the world. The following list is an updated version of his analysis of the US government’s most serious crimes.

US Military and CIA Interventions since World War 2

Adapted From: William Blum, Rogue State: A Guide To The World’s Only Superpower

These are just the most thoroughly documented examples. Many records remain classified so this list is incomplete. More recent analysis adds 5 more countries (Lebanon, Kuwait, Saudi Arabia, Sudan and Pakistan) where US soldiers have invaded, occupied or bombed in the Middle East alone.(2)

Blum goes on to list US activities as follows:

Two of the wars mentioned above are worth highlighting because of their scale. In the war against Korea from 1945-1953, the US dropped 635,000 tons of bombs on North Korea, destroying everything of significance, and slaughtering millions of people. In their war with the three neighbouring countries of Vietnam, Cambodia and Laos from 1950 – 1973, the US dropped over 7 million tons of bombs, approximately 3 times as much as were dropped by all sides during WW2(3), and again slaughtered millions of people. US Secretary of State Henry Kissinger became notorious for ordering “a massive bombing campaign in Cambodia…everything that flies on anything that moves,”(4) meaning that all men, women and children were acceptable targets. This is an example of the US actually ordering genocide. The total number of deaths from all of the US’s interventions throughout the world during the last seventy-five years is estimated to be at least thirteen million(5). This has been termed the US holocaust. One would expect that slaughter on this scale would be discussed regularly by the mainstream media, and would be taught to schoolchildren, but in Britain and the US these crimes are almost never mentioned.

Many of these interventions have been analysed in detail, and some clear patterns have emerged. An excuse is created to justify the intervention. The media consistently present the government’s case without adequate scrutiny, even though supporting evidence is   poor. Years after the events took place, classified documents become available or former government insiders come forward to explain what the true intentions were. In each case, the original justification for the war turns out to be untrue or exaggerated. The real reason is always US imperialism. (This will be discussed in more detail in later posts). US intervention almost always has terrible consequences for the targeted country. There is not a single example of the US or British governments carrying out these activities for humanitarian reasons. None of the wars can be described as ‘last resort’ – there were always non-violent courses of action that could have been pursued:

“War is never the only choice, and always the worst one”(6)

The US now has over 800 military bases around the world outside the USA, and covert (secret) operations in many areas of the world(7). These military activities are an attempt to gain what it calls Full Spectrum Dominance. This refers to control of land, sea, air, space and cyberspace.

The British government has followed similar policies using their military and their intelligence agency, MI6. Britain had a vast empire before 1945, but they were unable to maintain that empire after World War 2, so former colonies gained their independence. British leaders did not give up control graciously. They were worried that the new rulers might choose policies that would stop British corporations from exploiting each country, so British soldiers were sent to ensure that future rulers were acceptable to British decision-makers. Britain’s main goal in their brutal war in Malaya (1948-60) was to make sure that British tin and rubber corporations could continue to plunder the resources there(8). Britain committed atrocities including killing civilians and torture in many countries, such as Aden (South Yemen), Kenya, Palestine, Cyprus, Brunei and Borneo. The leading researcher into British atrocities has written:

“Britain bears significant responsibility for around 10 million deaths since 1945”(9).

In more recent decades, Britain’s actions have mostly been alongside the US. Their combined militaries are the main invaders, occupiers and mass murderers in the world. The US has ensured that torture is widespread. Whenever they turn a country into a war zone or a failed state, they create a zone of lawlessness where brutal, violent rape also becomes widespread, some of it committed by the occupying soldiers(10).

This first post is just a brief summary to give an overview of US and British criminality. Future posts will look in more detail at some of these issues.

Note to readers: please click the share buttons above or below. Forward this article to your email lists. Crosspost on your blog site, internet forums. etc.

This article was first posted on medium.com/elephantsintheroom-info

Rod Driver is a part-time academic who is particularly interested in de-bunking modern-day US and British propaganda. This is the first in a series entitled Elephants In The Room, which attempts to provide a beginners guide to understanding what’s really going on in relation to war, terrorism, economics and poverty, without the nonsense in the mainstream media.

Much more detailed information regarding the overthrow of foreign governments can be found in William Blum, Killing Hope: US Military and CIA interventions since World War II.

7) ‘US Defense Department Base Structure Report 2018’, at