N. P. Upadhyaya: The US Senator Bob Menendez– representing the Democratic Party, criticized President Donald Trump on Thursday, February 27, 2020 over his response to the deadly riots in Delhi, India, upon the President’s return from a two-day trip to India.

“I urge the Trump administration, and the rest of the world to condemn the violence in Delhi and press the Indian government to protect all persons regard less of their religion”, Senator Menendez added reports.

While the US President Trump was on a two day visit to India,  he traveled from Indian Prime Minister Narendra Modi’s home town Ahmedabad, to Agra – an ancient Muslim city which is located in the most intolerant State of Utter Pradesh headed by its Hindu extremist Chief Minister Yogi Aditya Nath and finally, landed in the capital New Delhi – where Muslims were being structurally targeted by Hindu terrorists.

The ongoing attack on the minority Muslim population by the ‘Hindu Supremacists’ reminds of the Sikh genocide that took thousands of Sikh lives in the year 1984. The terribly stricken Sikhs preferred to quit their homeland ‘Punjab’ for good. It is these Sikhs who have been demanding for themselves a separate state called ‘Khalistan’. As of now the then driven Sikhs (to save their lives) have found shelters in “democratic” countries like the United Kingdom, Australia and the USA.

The US President visited India for two days that came amid the violent protests that have so far seen more than two hundred injured and several deaths.

To the surprise, President Donald Trump – who was expected as a leader of the free world to criticize the Indian establishment, preferred not to utter a single word  criticizing the state led Muslim genocide.

Priya Gopal, lecturer at Cambridge University talking to media, tweets Pakistan Prime Minister Imran Khan, claims that the ongoing attacks on Muslim can be equated to structured attack carried out by the Nazi  regime in Germany against the Jew Community in 1938.

Priya Gopal, Lecturer at Cambridge Uni likens attack on Muslims, their mosques, homes & businesses in New Delhi to the pogrom of Jews carried out by the Nazis, esp in 1938 - the Kristallnacht (Night of Broken Glass) when Nazis attacked Jews, their synagogues, homes, businesses. 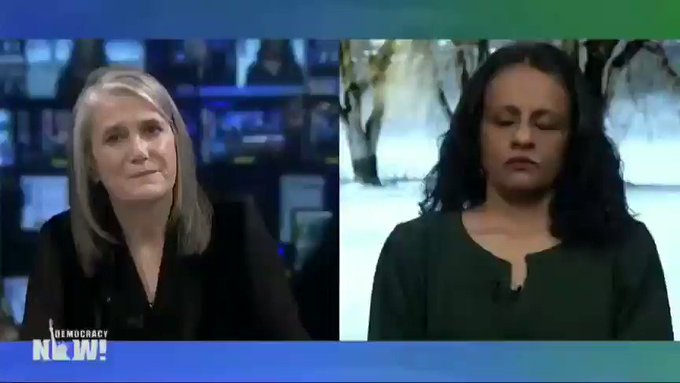 12.5K people are talking about this

The Post adds that “Mosques were damaged and shops were set ablaze, sending smoke billowing high into the air.

“People with Gunshot wounds and blunt trauma from hurled stones rushed into a nearby hospital”, the Post further reports.

Notably, it was President Trump’s second day in India and the same evening he was to leave for his home country.

His officials may have, let’s presume it to have been so, briefed the US President Trump on what has been going in India and what remains yet in the store if the world community doesn’t act.

Critics argue that the United States should not hedge its strategic bets with an increasingly authoritarian and chauvinistic Indian government, especially given that the Modi administration is aggressively carrying out Hindu nationalist policies that discriminate against the country’s large Muslim Minority.

This policy is playing out is an increasingly intolerant and violent political and social environment, writes Michael Kugel man for the Foreign Policy (FP) dated February 28/2020.

Kugleman further writes in his FP article that ” this volatile state of affairs was on stark display during Trump’s brief time in New Delhi, when the Capital was shaken by riots for several days. Armed Hindu mobs roamed the streets with impunity and attacked Muslims while the police who in New Delhi report to the national government often stood by doing nothing”.

Kugleman says this in his FP article titled “India’s illiberal Turn Won’t shake its relationship with the United States”.

And it is time to act, say mature Nepali observers.

The Post made a story of Indian violence with the title, ” Worst communal violence in Delhi in decades leaves seventeen dead as Trump visits India”.

India’s declared rival Pakistan in the meantime said that “About 200 million Muslims” of India are being targeted and called upon the global community to act”.

Making a timely statement PM Khan however, warned his majority Muslim population by saying that “I want to warn our people that anyone in Pakistan targeting our non-Muslim citizens or their places of worship will be dealt with strictly. Our minorities are equal citizens of this country”.

In a post shared on Twitter, the Premier of Pakistan said:” Today in India we are seeing the Nazi inspired RSS ideology take over a Nuclear Armed State of over a billion people”.

Recalling his last year’s UN address, PM Khan said that he had predicted during his address at the United nations general assembly that “once the genie is out of the bottle, the bloodshed will get worse”.

A report in the Express Tribune with the headlines ” Saffron Mobs Run amok in Delhi; Dozens killed” said, “a Mosque has been set on fire in New Delhi as more than a dozen people have been killed and hundreds injured in clashes between opposing groups of protestors”, the Indian Capital Hospital officials said on Tuesday February 25/2020.

In the meanwhile, India on Thursday, February 27, 2020 asked Pakistan’s close ally Turkey, to refrain from commenting on the internal affairs of the country and also cautioned Ankara against encouraging cross border terrorism.

Turkey is assisting Pakistan unconditionally which has irked Indian establishment.

President Erdogan while making a speech in Pakistani parliament (joint session) had unequivocally supported the imprisoned Kashmiri population since August 5/2019.

This has annoyed India very much.

Unfortunately, Hindu fundamentalists’ reign supreme in today’s India whose spillover effect may time permitting have a great negative impact upon Nepal where differing religions have been living since centuries as brothers and sisters.

But if India breaks, as predicted by veteran Indian writer Khuswant Singh in his book “The End of India”, its negative impact could also be seen in Nepal and the smaller countries of South Asia.

The Delhi communal violence has alarmed the Nepali regime for multiple reasons and sensible citizens demand that the Government seals Nepal-India border for at least two weeks until the violence in Delhi subsides. The fanatic goons may enter into Nepal to ignite violence of the sort of what was recently witnessed in Delhi.

Surprisingly, the Nepal government which is almost a new protectorate of Indian establishment has so far made no comments on the Communal riots that rocked Delhi early this week.

Because of the porous Nepal-India border, the goons from India may disturb the peace of this Himalayan nation which has so far maintained the record of having lived in complete harmony with all the followers of differing religions, the Muslims included.

The Muslims in Nepal have so far lived cordially with their Hindu brethren. That’s all.