Senior Advocate Dinesh Tripathy, who has challenged government decisions to ban rally at public places, is a constitutional expert of Nepal. Having fought for several litigations related to protection of human rights, including sending Maoist Dhungel in prison, senior advocate Tripathy spoke to New Spotlight on various issues of contemporary interest. Excerpts: 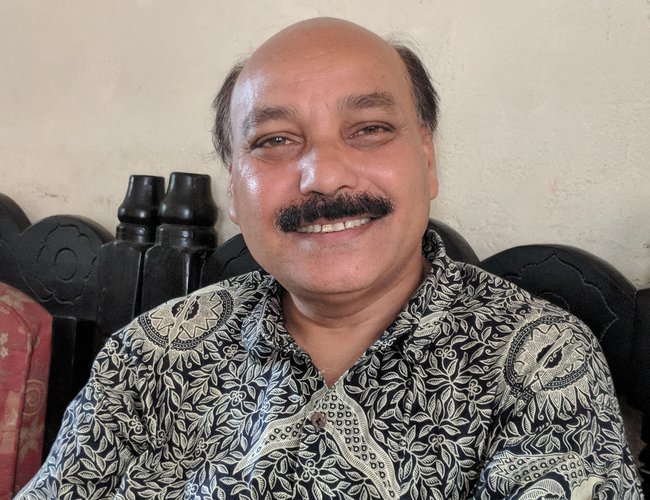 At a time when the government is taking a number of decisions to contain the rights of the people, including the banning of the assembly of people in public spaces, how do you see the future scenario for Nepal?

In what ways do you see this government is weak?

The government has been compelled to reverse all its major decisions taken in the last three months. One of the major setback is the withdrawal of the medical bill following almost 28 long days of peaceful fasting by Dr. Govinda KC. Similarly, the apex court order not to implement the decision to ban the assembly of the people in public places, saying that it is against the fundamental rights and spirit of the constitution, is another lesson for the government. Likewise, court’s stay order to restore employees, relieved without giving reasonable time to defend, is also a big blow. After a strong pressure from all sectors, the government also withdrew the directives introduced to contain the role of NGOs and INGOs. The government also compromised with Umadevi Adhikary, forming a committee to look at her demands. Following the pressure of people, the government also reversed the decision to increase the tariff on internet.

How do you look at the nature of this government?

The nature of this government is bad and it is taking every step to encroach the rights of the citizens. The tendency is to violate the rule of law. It misused the two thirds majority. The government is a public trusty and people voted two thirds because of the trust. However, the government works against the trust of the people. Some of its actions are breach of public trust. It is unacceptable to a democratic society. The mandate given to the government is not for the subversion of constitution and people’s rights and freedom. The state is now spending the state coffers breaching the law. This will create misuse of financial rights and corruption. The government failed. The state has used two thirds in the name of nation building and all-round development and socio economic transformations. There are many examples in the world where the super majority government’s turned into a dictatorial and tyrannical rule. Nepali people have to take lessons from this government. The writing in wall is that Nepalese people have already enjoyed enormous freedom and it is impossible to contain them. We have history of long struggle. You cannot ban assembly in the public place. This is subversion of the constitution.

For an elected government with two thirds of majority, how can you say that?

How do you say that the government has violated the constitution?

How do you view the government’s position on Dr. Govinda KC?

Why do you think the government wants to contain NGOs and INGOs?

How do you see the state of transitional justice system?

How do you see the present draft?

The government has thrown a draft but it is just an eye wash. The bill is trying to give impunity to serious violators of human rights. The bill does not include crime against humanity and war crime. The act proposed is to give impunity. The act also proposed minimum punishment. The proposed bill gives blanket amnesty. International law says punishment should be proportionate. You cannot make parallel law and it is against the principle of law or equality before law. This law has many loopholes. Nepal does not have law or there is need to formulate law with retrospective provisions for crime against humanity and torture. In a case like rape, the draft proposed is to give amnesty to all.

What will be the consequences?

We must not forget that if Nepal’s transitional justice does reach a logical conclusion, there will be increased international concern. We are in the globalised world and justice and rights issue are globalised and now it has become a legitimate concern of the international community. It is not to be taken as interference in internal matter. In Cambodia, trials are going on against war criminals even after forty years. Although Cambodia pardoned many war criminals, it was compelled to open files following massive international pressure. Smartly, government in Sierra Leone is also opening the files of war criminals. In serious cases, no state can accept blanket amnesty in serious crimes. All the war crimes can be investigated with retrospective law. Torture, rape, crime against humanity and war crime are international crimes. This will also attract international jurisdiction.

What else is to come?

If Nepal’s transitional justice cannot be concluded in a credible manner, we will be likely to see arrests of political leaders and security officials in other countries. Our leadership is yet to understand serious implications. If Nepal continues to provide impunity, it will become a failed state. If state cannot strengthen rule of law and if impunity cannot be addressed credibly, reparation ensured, if state does not take reform measures, the country will go back to conflict again. Due to failure to deal with transitional justice system, our constitution is also under a threat. One cannot rule out the possibility of derailment of our constitution.

Can a two thirds majority government cannot rule on its own way?