Imran Khan's Party Ahead In Elections Amid Vote-Rigging Allegations 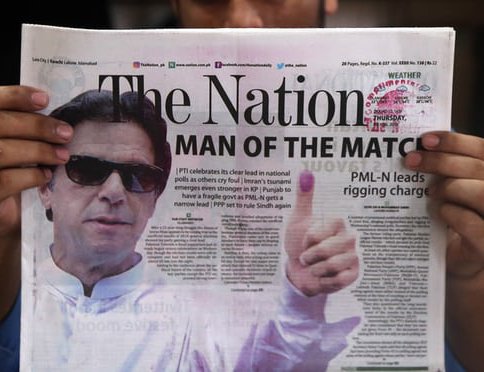 Pakistan’s general election has been plunged into chaos after the incumbent Pakistan Muslim League-Nawaz (PMLN) said it would reject the result amid widespread allegations that the military was rigging the ballot in favour of the party led by the former cricketer Imran Khan.

With only a third of the vote counted by 3am – an hour after the result was officially due – Khan’s Pakistan-Tehreek-e-Insaf (PTI) led in 110 seats, with the PMLN trailing on 68.

Most projections held that the PTI would go on to win between 107 and 120 seats out of a total 272 in the lower-house, exceeding expectations and delivering the role of prime minister to Khan for the first time.

The Election Commission of Pakistan (ECP), an independent body, blamed the delay in announcing the result on a breakdown in the Results Transmission Software it purchased from a British company.

“There’s no conspiracy, nor any pressure in delay of the results,” the ECP secretary, Babar Yaqoob, told reporters. “The delay is being caused because the result transmission system has collapsed.”

But Shehbaz Sharif, the leader of the PMLN, said his party “wholly rejects” the result of the election, telling a press conference that his party’s polling agents had been evicted from dozens of stations by security officials before a final tally was reached, leaving them unable to monitor potential tampering. 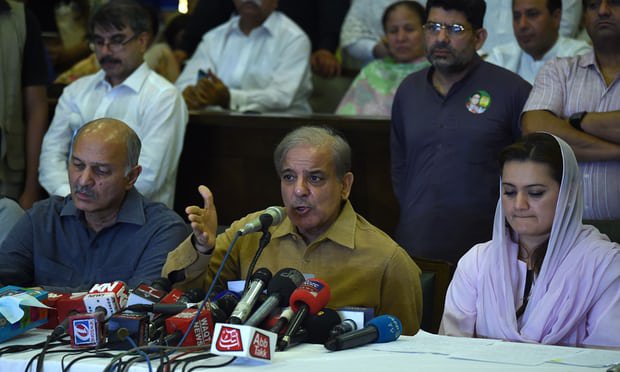 “The mandate of millions of people who came out to vote has been humiliated. Our democratic process has been pushed back by decades,” said Sharif.

The PMLN, which tried to curb the power of the military while in office, has claimed for months that the establishment was “engineering” the vote against it.

The party’s former leader Nawaz Sharif, who on 13 July began a legally-dubious 10-year prison sentence for corruption, has accused the deputy head of the country’s all-powerful ISI spy agency of leadinga campaign against the PMLN.

As election workers sorted through massive piles of paper ballots, almost all the parties – except the PTI – alleged that their polling agents had been excluded from polling stations.

Bilawal Bhutto, the leader of the liberal Pakistan People’s Party (PPP) – the country’s third-largest party – tweeted it was “inexcusable and outrageous” that his activists had been excluded “across the country”.

The complaint was echoed by his rival Khadim Rizvi, the foul-mouthed cleric who leads the far-right Islamist group, Tehreek-e-Labbaik (TLP). “This is the worst rigging in history,” said a spokesman for Rizvi.

The PMLN senator Musadik Malik told journalists that security officials had taken over proceedings inside polling stations, with a particular focus on constituencies where the race was close between the PTI and PMLN.

“If what most political parties are alleging is true,” Aqil Shah of Oklahoma University said, “it would be the biggest theft of an election since the 1970s”, adding that the the parties should “unite and demand a repeat.”

PTI leaders batted away the claims. Pakistan’s likely next finance minister Asad Umar said that only those “sympathetic to India” were crying foul, while the rest of Pakistan “can see the country is going towards betterment.”

Terming the vote a “contest between the forces of good and evil”, Naeem ul Haq, a spokesperson for Khan, said the party chairman would address the nation at 2pm on Thursday.

Concerns about the electoral process were heightened after the ECP last month announced it would allow military officials inside polling stations, and granted them ultimate authority on proceedings there, while the armed forces announced it would deploy 371,000 troops on the day of the election, a fivefold increase on 2013 despite greatly improved security across the nation.

The allegations of vote-rigging marred what was supposed to have been only the second transfer of power from one civilian government to another in Pakistan’s coup-prone 71-year existence.

Many supporters argued that 65-year-old Khan, the captain who brought home the 1992 cricket World Cup and a notable philanthropist, could fulfil his promises to end corruption and turn Pakistan into an “Islamic welfare state”. 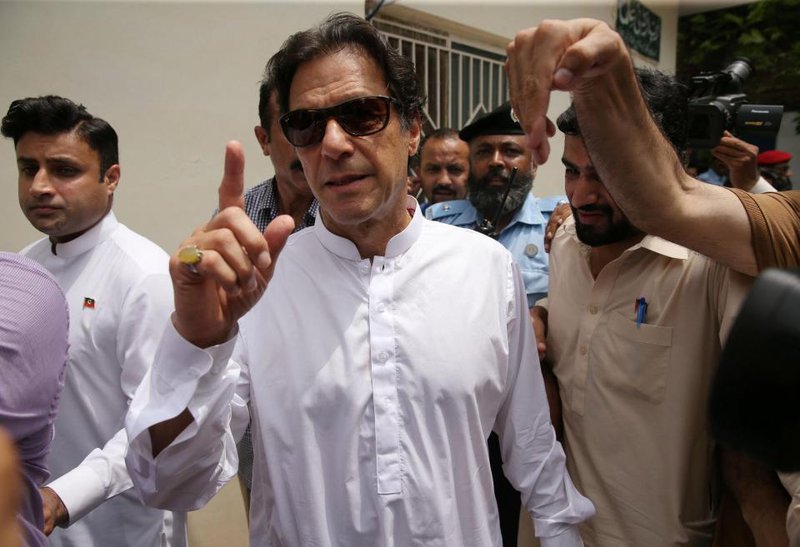 Source: The Guardian and others