Prachanda lived up to some expectations in Nepal, but his successor faces a tougher fight

The key issue of amending the constitution to meet the demands of agitating madhesis and other groups remains unadressed. 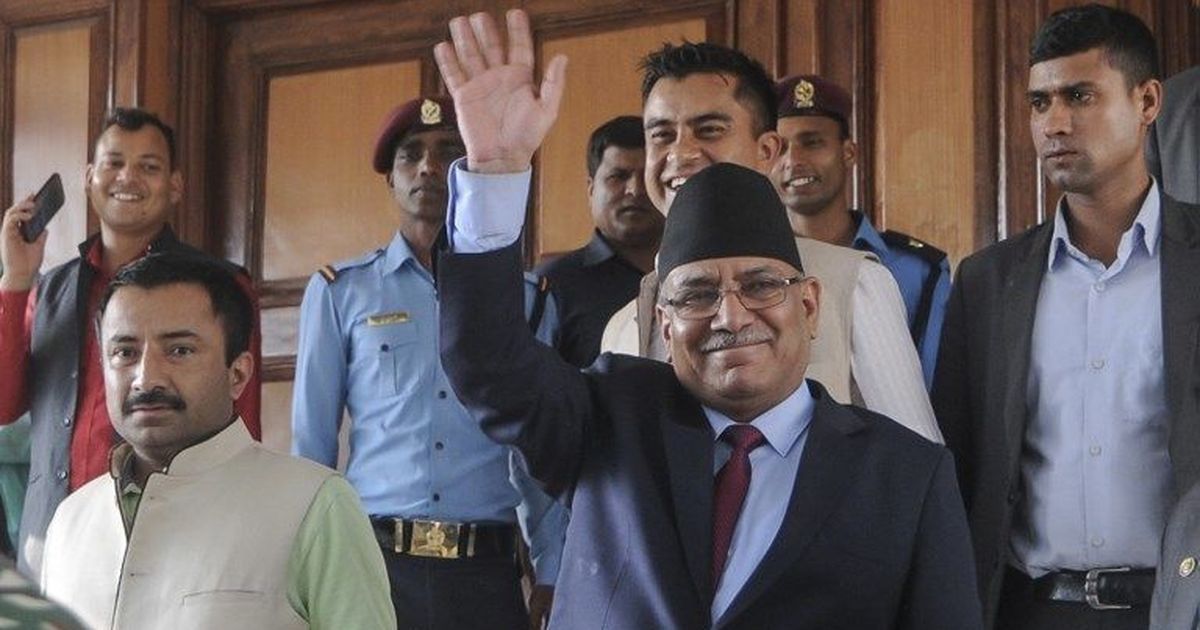 hen former Maoist chief Pushpa Kamal Dahal or Prachanda stepped down as prime minister of Nepal on Wednesday, ending his 10-month rule, it was a smooth, non-dramatic affair. This was in sharp contrast to the usual chicanery former politicians have attempted to stay in power, albeit with little success.

The people of Nepal, used to conspiracies during power transfers, were surprised that Prachanda chose the high road and honoured the agreement that his Communist Party of Nepal-Maoist Centre had made with its coalition partner Nepali Congress – to run the government on a rotational basis till the new parliament is elected – when the two tied up to form government in August. Sher Bahadur Deuba of the Nepali Congress is now set to take over as prime minister.

Prachanda’s resignation was also a reminder of the humiliating way in which the former guerrilla leader, who took charge as the first prime minister of Nepal in 2008 after a decade-long civil war waged by Maoists against the ruling monarchy, had to give up the post less than a year later. Prachanda sought to sack Army Chief General Rukmangad Katwal for purported insubordination in 2009. But his rivals, with help from New Delhi and Nepal’s then president Ram Baran Yadav, had the officer reinstated. Prachanda resigned in protest and made several anti-Delhi noises. That, and his known pro-China stance, meant that he was out of favour with India for years.

But when he came to power after his party withdrew support to the KP Oli government in 2016, reducing it to a minority, Prachanda learned to balance the powerful neighbours better. He came to power with Indian support, but that did not stop his government from joining China’s One Belt One Road mega project that India has opposed as a part of it passes through Pakistan occupied Kashmir. Although it is unclear how Nepal will benefit from the Chinese project, the symbolism of the move greatly pleased nationalists.

In his farewell speech to the nation, Prachanda also boasted of ending power blackouts, achieving a high 7.5% economic growth and holding the first round of local body elections in more than two decades. Compared to his predecessor Oli, a man full of bombast and development fantasies brimming with nationalism, Prachanda portrayed himself to be practical – and was rewarded for it. When he assumed power, expectations were low, but he surprised everyone with the tenacity with which he tackled Nepal’s notorious power cuts that could go up to 18 hours.

He also succeeded in holding local body elections in Nepal after more than two decades. On May 14, the first phase of the local elections was held in the hill provinces and Prachanda’s Maoist-Centre party came a respectable third (they were widely expected to be decimated) trailing the Nepali Congress and the main Opposition, the Communist Party of Nepal (Unified Marxist–Leninist).

By stepping down without protest, Prachanda also showed his commitment to the liberal democratic system. This will increase his popularity in urban areas, where Maoists are distrusted, said Dr Bhaskar Gautam, a political scientist in Kathmandu.

However, Prachanda could not fulfil one of his key promises at the time he assumed power – to amend the constitution to meet the demands of dissenting Madhesis (an ethnic minority living in the plains) to give greater power and rights to the marginalised communities in Nepal. Madhesi groups have long complained that they have been discriminated against and kept out of power structures and indigenous groups as well as progressives have also supported an amendment to the constitution. Prachanda, however, failed to garner the necessary votes to amend the constitution to include these demands and an alliance of Madhesi groups in March withdrew support from Prachanda’s government and decided to boycott the May 14 polls. The polls were then split into two phases – the second will be held on June 14 in the plains – to buy time to get the Madhesis on board.

The task to amend the constitution to meet Madhesi’s demands now falls on Deuba of the Nepali Congress, the to-be prime minister. But this will be anything but simple.

Chances of a constitutional amendment coming about anytime soon are slim. The main opposition party, Unified Marxist Leninist, opposes the changes and without its support the ruling coalition will find it very difficult to muster two-thirds of the vote in the parliament, necessary to pass the amendment.

This puts agitating Madhesi parties in a quandary, as they will find it hard to face a population that has already sacrificed too many lives in protests against the constitution. “The educated people are asking us: what was the movement for if we get nothing?” said Lal Babu Raut, a Madhesi leader whose party has decided to participate in the elections. However, several other Madhesi parties, that have come together under the banner of the Rastriya Janata Party, have decided to boycott and obstruct the election.

This year’s local elections provide an opportunity to take stock of how governance has evolved in Nepal since 1997, the last time local elections were held when Maoist insurgency was in its infancy.

The first of the subsequent decades saw a civil war between a violent Maoist army on one side and a brutal feudal regime on the other. Nepali people, habituated to suffering bad rulers, were caught in the middle.

But though Maoists succeeded in toppling over the monarchy and joining the establishment, the establishment has not changed. The parliamentary democracy they picked up guns to fight for still functions as little more than a rubber stamp for parties endorsing new coalitions and budgets and impeaching heads of constitutional bodies that the rulers want to control. Its committees are toothless and hearings mere rituals. The state of public institutions is worse than in 1997 – public school and health lie in tatters and employment opportunities are few, driving millions of of Nepalis toil abroad for meagre salaries.

Prachanda’s tenure also revealed that the despite a civil war and a peace process meant to transform the country, political parties are not serious about inclusion. For example, Dalits in Nepal continue to be discriminated against and lack political representation. Parties continue to nominate men for top posts as mayors and chairpersons in local elections, while women are chosen as deputies of local governments. Prachandra’s premiership is also a reminder that 20 years after the civil war began, Nepal is still dealing with its effects. The society is as exclusionist as before, with the state institutions dominated by supposed high-caste men. And justice for the crimes committed during the civil war – in which both Prachanda and the prime minister in-waiting are among the accused – remains a distant dream.

Gyanu Adhikari is the editor of The Record, an online magazine published from Kathmandu.