In game theory, there is this hypothetical strategy game that is used to explain why two rational individuals may not cooperate even when it is in their mutual interest to cooperate. It goes like this: Police arrest two criminals, but cannot find evidence to indict either of them on the principal charge, so decide to charge them on a lesser crime. In the meantime, police try on a strategy, hoping that the two suspects, who are held in solitary confinement without means to communicate with each other, would snitch. 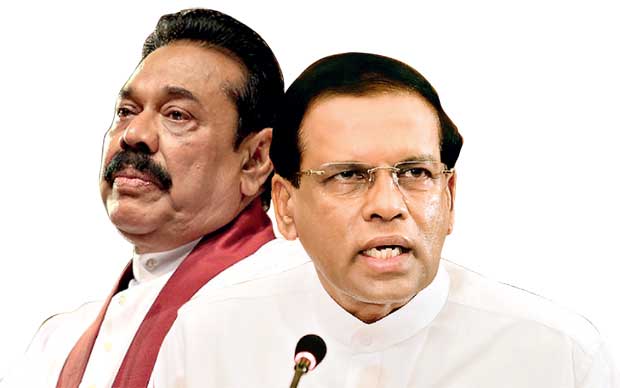 Police offer both suspect following options. If the suspect A betrays (‘defects’) the suspect B, A would walk free, B would get three years in prison. If B rats out on A, B walks free and A gets three years. If both suspects betray each other, both get two years in jail. If neither of them betrays the other (i.e. they ‘cooperate’ with each other) they both get one year on a lesser charge. In game theory, in a one off game, betraying the other prisoner is considered the dominant strategy since ‘defection’ always has a higher payoff than ‘cooperation,’ regardless of the other player’s choice. That means, finally both suspects end up getting two years in prison. However, the paradox is that mutual cooperation has a better payoff than mutual defection, but self-interest and uncertainty over the other player’s move prompt both prisoners to defect. This scenario is used to explain a wide range of real world situations from economics, conflict resolution to international politics, such as why the states are less likely to cooperate in arms control initiatives, especially at a time of intense
security rivalry.

Let’s apply these settings for many rivalries that limit cooperation in our politics. Take this for instance: President Maithripala Sirisena and his predecessor Mahinda Rajapaksa are locked in a veritable prisoner’s dilemma. President Sirisena believes that Mr Rajapaksa is running circles around him, and plotting to oust him from his leadership in the SLFP and to undermine his government. Mr Rajapaksa on the other hand suspects that the President his trying to jail him and his family and to politically annihilate him. In this intense rivalry for power and political survival , cooperation is unthinkable. Each is trying to undermine the other (‘defecting’).
However, mutual cooperation would be in their mutual interest, because the mutual defection would

mean the split of the SLFP. Then no one wins, except the UNP. Why mutual cooperation does not materialize even despite a higher payoff is due to uncertainty (not counted in this equation is the fact that there are others who benefit from this rivalry). The President cannot be sure whether his opponent would stick to his side of the bargain even if the two agreed to cooperate. Say for instance, in exchange for his cooperation, Mr Rajapaksa gets the government to withdraw all the real and concocted charges against him and his family and once safe from legal troubles, returns to streets with a new found vigour to organize the people and to undermine the government.
On the other hand, Mr Rajapaksa who opts to cooperate with the President cannot be sure whether the President would not defect. Say for instance, the President gets Mr Rajapaksa’s support to pass the constitutional reforms and implement the government’s economic programme and suddenly when the elections come closer, dusts up old files against Mr Rajapaksa or locks up Gota to appease some international big shot.

This is the dilemma both Mr Rajapaksa and the government are placed in. Especially when the payoff is higher, competition itself takes a zero sum form. Before we discuss how to alleviate that dilemma, let’s consider a few other instances of prisoner’s dilemma in
our politics.
Perhaps the most persistent prisoner’s dilemma in this country since the independence has been the one between the government and the opposition. For the first three decades of the independence, whenever one of the two main political parties offered a political solution to Tamil grievances, the other scuttled it. When SWRD agreed on the Bandaranaike–Chelvanayakam Pact, J.R. ganged up with rabid monks, forcing the hapless prime minister to tear the agreement. Then a decade later Dudley was forced to backtrack from the Dudley–Chelvanayakam Pact due to SLFP sabotage. This opposition to a political solution whenever a party is out of power does not emanate from a principled position, but through sheer opportunism. Again, cooperation could have been in mutual interest, but viewed purely in the prism of rational self-interest, immediate payoffs of defection were higher. That ingrained opportunism in our political leaders gave rise to three insurgencies that brutalized this nation since the 70s.

Little has changed today. The stalemate between the government and the joint opposition stems from a prisoner’s dilemma. Since joint opposition members are no more than couriers of Mr Rajapaksa, the problem again revolves around Mr Rajapaksa. The joint opposition has obstructed the government on every initiative, good, bad and ugly. It has undermined the government’s economic program; in the words of its members, the joint opposition is waiting till ‘Sri Lanka crashes like Greece’. To that end, its goons ran riot in Hambantota, it has petitioned to Court against the proposed lease an extent of land to the Chinese for an economic zone and Hambantota port, both measures that had initially been mooted by the former regime of Mr Rajapaksa itself. It would also do its utmost to scuttle constitutional reforms and efforts to accommodate Tamil political aspirations.
On the other hand, the government has hounded joint opposition members on charges of corruption and other crimes, treated them like court jesters with ridicule. Neither party is gaining from this confrontation. Nor would either side cooperate for they are not sure how the other would act. However, politics is not a one- off game, but a continuation.

"Since joint opposition members are no more than couriers of Mr Rajapaksa, the problem again revolves around Mr Rajapaksa"

Even in prisoner’s dilemma, when the game is played repeatedly with the two players being unaware of how many rounds the play would go on, players tend to have a greater likelihood for cooperation. (And real life experiments of prisoner’s dilemma have also shown humans in general have a greater tendency to cooperate than the rational theory assumes.)
Also, though rational theories, such as realism contend that the states would not cooperate in anarchy of the international system, states do cooperate increasingly. Global institutions have greatly reduced uncertainty, regulated norms of interaction, cut down transaction costs and imposed heavier penalty on defection.
However, the problem in domestic politics is that there are no such agencies with enforceable power to mediate a rapprochement between the government and the opposition or between the president and Mr Rajapaksa. However, there are always options. Take for instance Tunisia’s Nobel Peace Prize winning National Dialogue Quartet, a disparate coalition of civil society groups that negotiated a compromise between Islamists and secular liberals at a time the country was inching towards a civil war. Their contribution saved democratic transition of the country after the Arab Spring, while the rest of the post- spring Arab world were convulsed by mayhem. However, our civil society types that operate from NGO round tables enjoy very little of public rapport. Others such as the torch- bearers of the Good Governance campaign of late Sobitha Thera seem to harp on a single agenda of corruption. Nonetheless, they could still extend their good offices to break the deadlock between the government and the opposition.
Another, perhaps a more practical option at the moment is Mr Sampanthan and the Tamil National Alliance, which itself has a self-interest in solving this stalemate, which does not only eat into the economic prospects of this country, but also diminish the likelihood of a political solution. With half a century of political experience under his belt, Mr. Sampanthan can give it a shot- That could well be a redeeming experience for him as well.